Jerusalem. The place where conflicting ideas collide. City where traces of tension, conflict, power and domination are hidden under an innocent city map.  This structure  appears to associate with the elusive social and historical past, in this city. 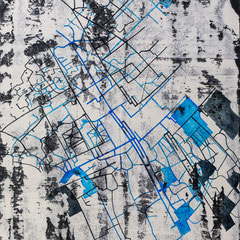 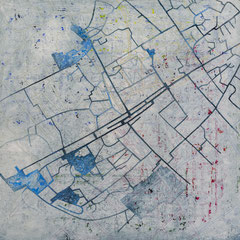 Aleppo. Breeding grounds of violence and destruction. Battlefront in this disputed city. Place where conflicting ideas collide. City where traces of tension, conflict, power and domination are hidden under an innocent city map. I often use earlier paintings and gives them a second life with new coats of paint, sanding down, lines to be stuck with tape and paint away. This results in a structure which he appears to associate with the elusive social and historical past, in the cities. While tape and stenciling effectuate a relief operation, that a constant factor to eternity seems to express. 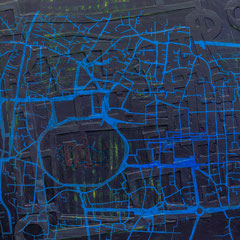 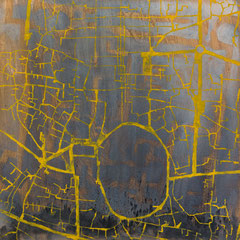 MY HOUSE WAS A GARDEN OF ROSES

How does economic planning effect the appearance of an island?  Does the social context influence our environment? What does decay look like in optima forma?

The title of these works are based on the plan of Hashima.  An island off the coast of Japan. It is also called Gunkanjima or "Battleship Island",  because of its distinctive contour. From the beginning of the 20th century it is known because of coalmining. The island is only 100x400 meters and housed around 5000 people in its heyday. This small isolated community was centered around the colliery. In 1974 the production was stopped and the 'island of complaint' was from one day to be left by the men, leaving behind the buildings, many objects and their memories. Economic planning, social context and decline in optima forma. 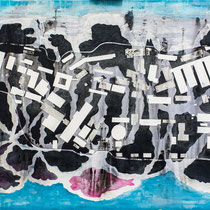 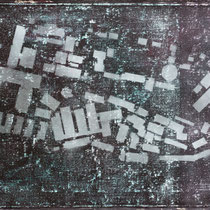 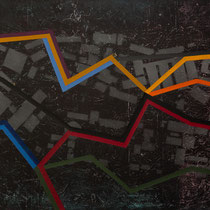 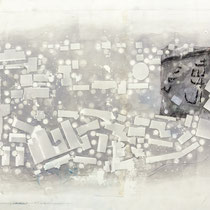 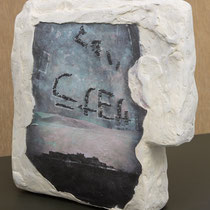 The paintings in the Traces series resonate the transience of cultural remains. Images of buildings and cities impose themselves in layers of old and new paint. The images are echoes of architectural or urban plans, schemes and topographies. They are traces of building projects, unclear wether they are existing, utopian, rejected or ruined.

The technique of the paintings in this series is typical for Dijk’s contemporary work. The paintings are composed of many layers built up with different techniques of addition, omission and reduction. They have undergone many processes which have all left their traces. An image emerges through processes of adding paint and brushing or scrubbing it off repeatedly and overpainting dried viscous layers of paint with transparent new layers, where the portrayed object as well as the surface both ask for closer inspection.

The attention for construction and deconstruction can be seen as the physical aspect of culture. Cultures and their heritage will always fall prey to decay and disappearance. Nonetheless we keep on realizing new expressions of dwelling. Future planning recalls its preceding history, its ruins and the decay of cultural wealth. Fragments of what has been merge together with elements of what might become new realities.

The titillating images and techniques of the paintings evoke questions about the Dutch building tradition. (...) The series inspires as a plea for small scale interventions and more poetry in urban planning and building design. 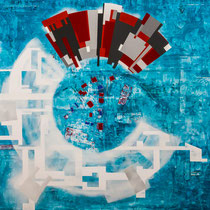 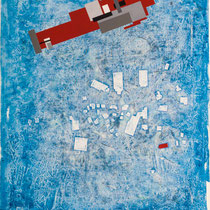 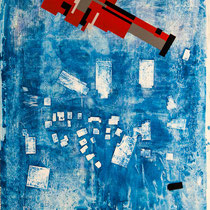 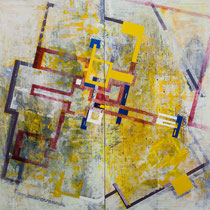 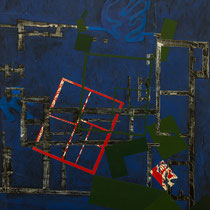